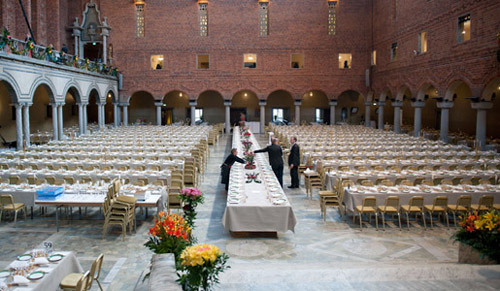 Today is the Nobel Banquet at Stockholm’s City Hall.

Before: Nobel Banquet 2012 Preparations at the Stockholm City Hall. (c nobelprize)
More than 23,000 flowers will be used as decorations in connection with the Nobel festivities. 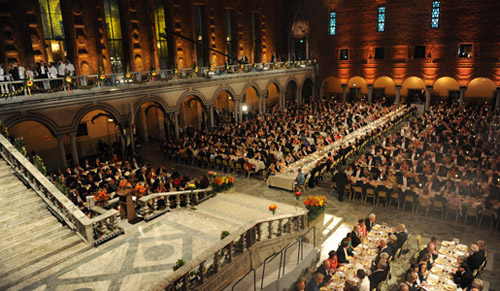 Of course, everyone’s heard of the Nobel Prize, but living in Sweden, I’ve become so much more aware of everything behind it. We hear the names of all of the winners just a little bit more; experience things like traffic problems due to the dinner tonight if one forgets to avoid the City Hall and then specifics of the gala, I had never considered before: the type of ice cream consumed, the Nobel crystal, the gowns worn … and that the entire proceedings, dinner and dance are broadcast on Swedish public television and people really go out of their way to watch the event.

Before: behind the scenes preview of the kid’s school Nobel lunch.

Close to home, our kitchen table has been scattered with pieces in the works for the school’s Nobel lunch for several months, as the children’s school kicked off a week long Nobel week with a gala 3-course, sit-down lunch, this past Friday for 800 children! It’s so much fun to hear the kids discuss the winners, Alfred Nobel, the event’s history and details like: how many macaroons will be consumed and will they meet the Laureate who will com visit our school, this week. 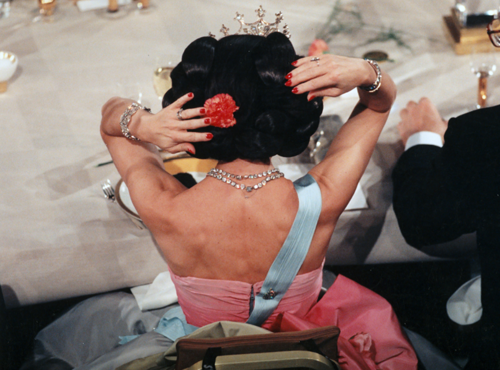 Queen Sylvia 1995 (c nobelprize)
Last: the gowns. With some 1,300 guests invited, among them members of the academe, government, cultural and industry sectors, diplomatic corps, and the Royal Family of Sweden, it is prime gown watching.
Here are a few of Queen Sylvia’s gowns through the years: 1973 – 2011 (click here) 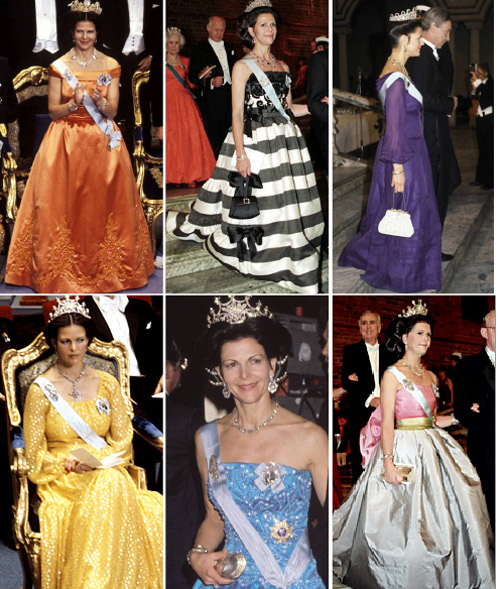 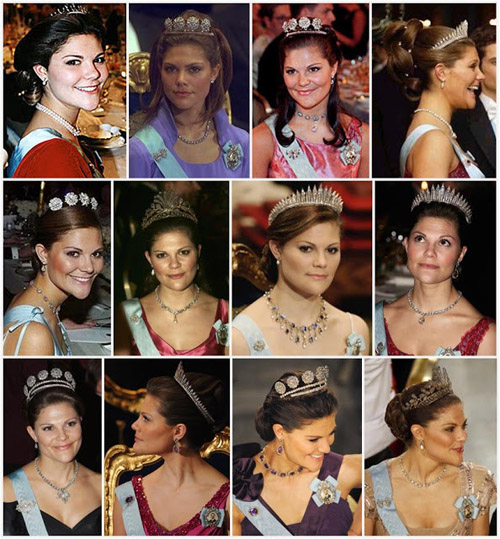 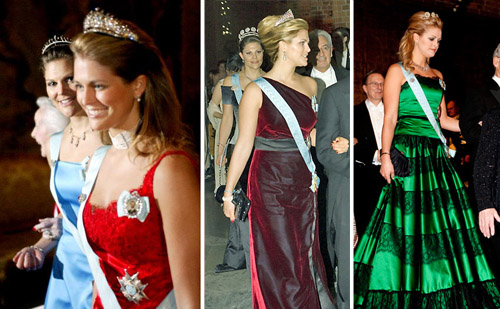 What’s the most practical object you have by you