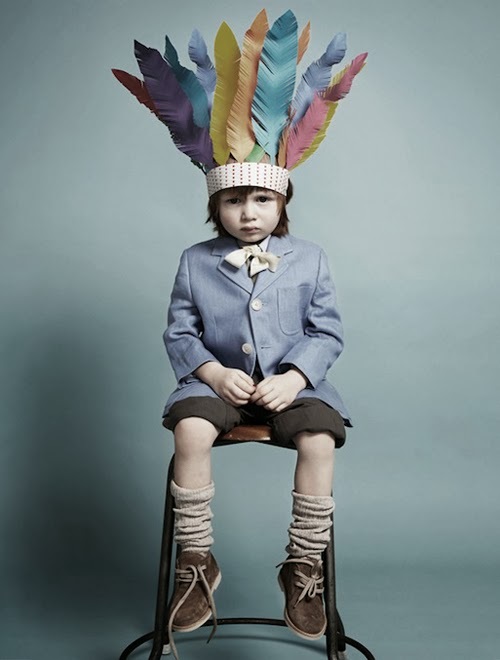 Today, it’s big fun to bring you Swedish artist, Fideli Sundqvist. Fideli is unique in many ways. When meeting her recently, I learned that she is only one of the two people in Sweden with her first name. Fideli’s uniqueness doesn’t stop there. She works exclusively with paper as an illustrator on projects and products ranging from perfume to milk. Not only is her work inspiring, but she is, as a person, too.

I had the chance to make paper objects with her (here) from her new book, I love paper, which has just been released by Natur och Kultur. I love it and it is filled with projects for everyone with diagrams and great practical advise, too. Continue below to see more of Fideli’s work and read her interview, too. 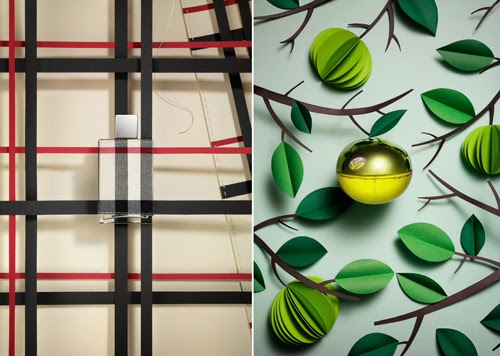 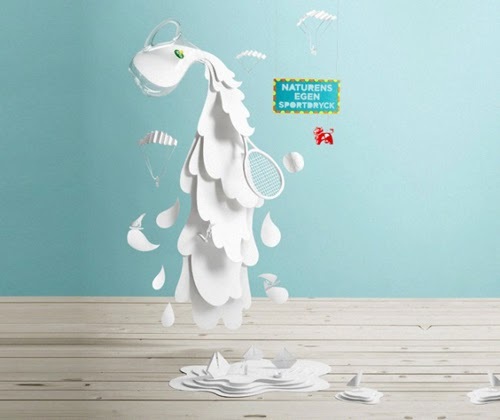 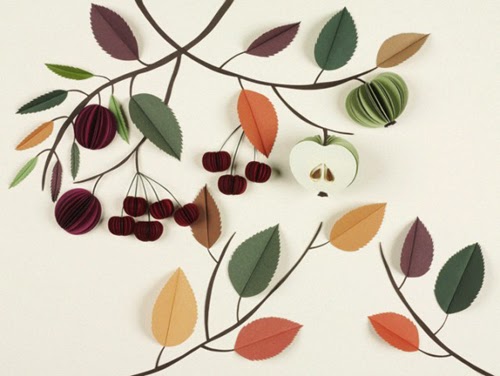 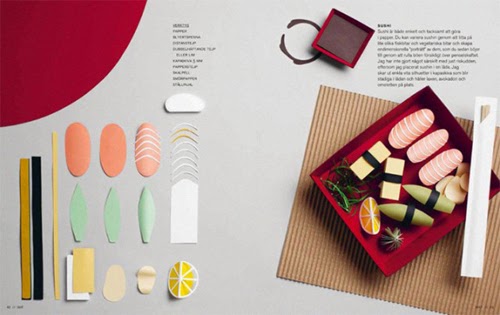 When I think back on the projects I did as a child , I remember that I was very fond of the ones that were more 3D. I just loved to depict reality. I have always enjoyed working with my hands and using different materials. I remember making miniature trains for my little sister’s rocking horse that were exact replicas of real trains; building a farmhouse of plywood that was about 1 meter long, which I then, redecorated with boxes and a chicken farm that included miniature chicken wire and a small staircase to the hens and a door for the cats. It felt important and was more fun if it was for real. I also liked to sew. I had a pattern on a stuffed animal elephant given to me by my mom’s friend that she had found it in an old magazine, Allers, and I sewed many different elephants of all sizes. I named one particular elephant, Tilly , and it has recurred in several of my paper projects in adulthood, both two-and three-dimensional .
Since my mother is a ceramist, I’m certain that three-dimensionality affected me. I have never myself been so fond of working with clay, precisely because it takes so long and you had to wait so much. But I think it can be very nice . But she has always given me inspiration and created things such as puppets for puppet theaters; folded little boxes and Christmas decorations, wrapping packages with small beautiful details such as nice corners and such things that I have always thought were very fun.
2 | Did your parents or school or environment encourage your growth as an artist when you were growing up?
I wrote a bit about this in the first answer but I would also add that when I was kindergarten aged , my brother and I got to build in wood once a week at a handicraft workshop, common in Swedish schools.  In school they had both painting, sewing and woodwork, which I thought was wonderfully fun.  I have a strong memory of one of my first artistic experiences, when I was about seven years old and we read about Cloude Monet and we were to do a project about him. I think the discovery of him has influenced me as a person and the ” artist ” a lot. I was so fascinated by his technique and content of the images, as well as his life. I’ve had many creative adults around me in my childhood so they probably have both influenced, inspired and shaped me a lot.
3 | Do you use your work in your home?
Actually, I use my work very little, I forget and delete it and do very little paper things that are not for jobs. I think I’m so crafty “on the job” that I do not have any need to continue at home. But it could also be because over the past few years lived very transitionally — moving a lot and probably due to this, just not making it a priority. I yearn to have ” a real home ” where I know I will live in the future and have many dreams of making that a beautiful space.
4) You know that I have to ask this one: what’s a quick project that you’d suggest for someone to do with a child ?
Silhouettes are fantastic.  You can do those in all sorts of shapes, settings and characters and then also use them to tell stories. One can draw some different characters and objects on a pair of paper, cut / cut them out, attach to a floral stick and let these characters work as shadows or puppets to become actors like a puppet show. If you are extra ambitious , you can make a silhouette of a theater screen with curtain braced up with fabric or thin white paper, illuminated with a lamp.

Thank you so much, Fideli! Thank you, too, Josefin Ekman of the Swedish Book publisher,Natur + Kultur for arranging the chance to both meet and to play with paper with Fideli!

“Every summer there are a number of nights, not

We continue our journey through the articles withi