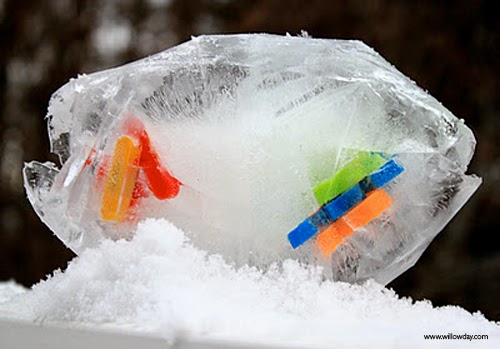 It’s been so much fun to hear from you! I’m really glad to hear that you’ve appreciated these projects, too! I love treasure hunts. I remember doing them as a kid for my younger brother, sister and cousins; for my nephews, before we had kids; but, now, with a family of my own, it’s a regular gig! I still love them and now, have a really fun twist to share: frozen clues.*

The hunt will consist of individual clues which are a letter scramble of the words; words which will be their next destination. In the tutorial, you can see that the clue is for the word “swing.” The treasure hunt is conducted like a traditional treasure hunt, but the twist is that the clues are frozen in ice! Once they free the clues, the game players can spell the word and make way to their next destination; repeating this until completion. 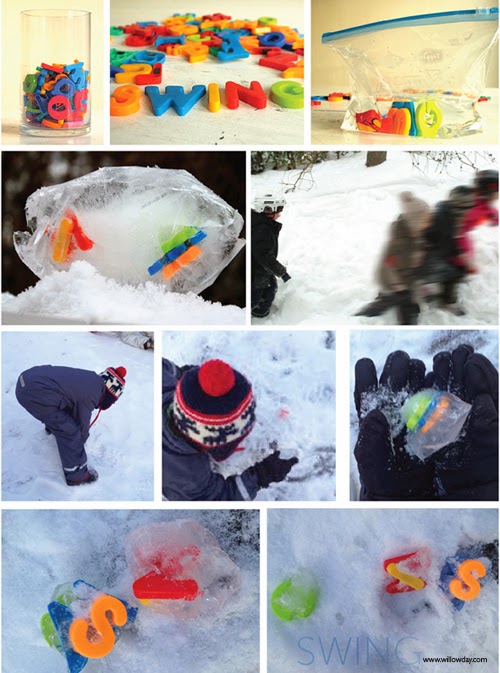 – Plan the destinations for your treasure hunt.

– Gather plastic alphabet tiles to spell out the clues or I have drawn a destination (like a flower pot) and then, the children have to find this drawn clue (flower pot.) You do not have to write out words – pictograms work well, too! If you do use a pictogram, just place this clue in a smaller zip-able bag and freeze this zipped pictogram that is sealed up in the larger Ziplock! SEE BOTTOM NOTE*

– Find the letters for and spell our each of your locations.

(In the photos, you can see that this clue is for ” swing;” which could be followed by: table, chair, sled, for example — things that are outside in which you can hide the next clue)

– Freeze all of the clues in “Ziplocks!”

– When you are ready to do your treasure hunt, take the frozen clues out of the freezer;

I run them under warm water to loosen the ice from the plastic; and then,

go out to quickly mark the hunt.

– Call your Treasure Hunt party and let the hunt begin.

(*NOTE. GUIDELINE: “The smaller the children, the less water needed” — meaning: barely cover the clues with water so that these will easily snap apart with only bare hands — no equipment necessary. These will easily break apart and your children can re-assemble the clues — the fun is just having such an unusual find and having to work just that much harder to get to these clues.)

*Frozen Clues are a blast in the summer and warm climates, too! Super fun way to cool off and the unexpected to this activity. 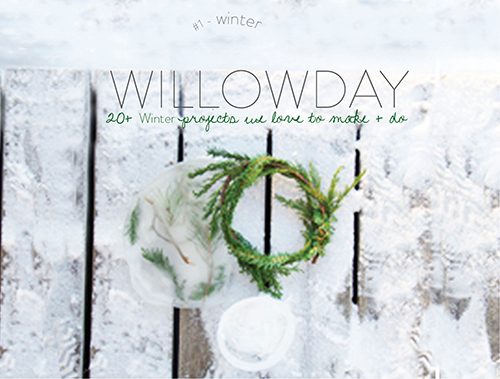 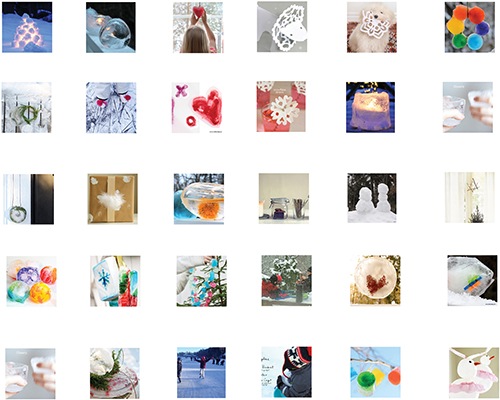 SOMETHING YOU MIGHT LIKE:
Secret Agent Birthday and Labyrinth (not pictured below)
BALLOON ICE ART #2
INDOOR S’MORES
ICE SKATE POMPOMS 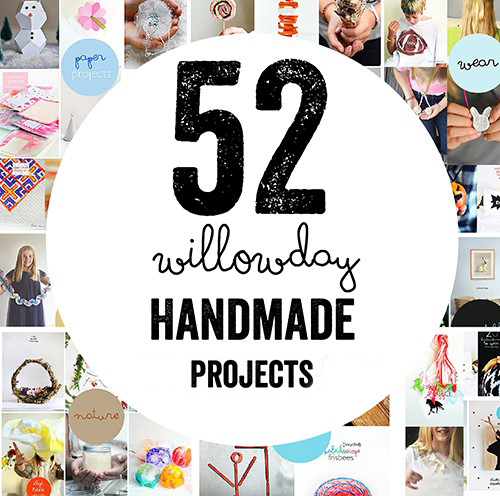