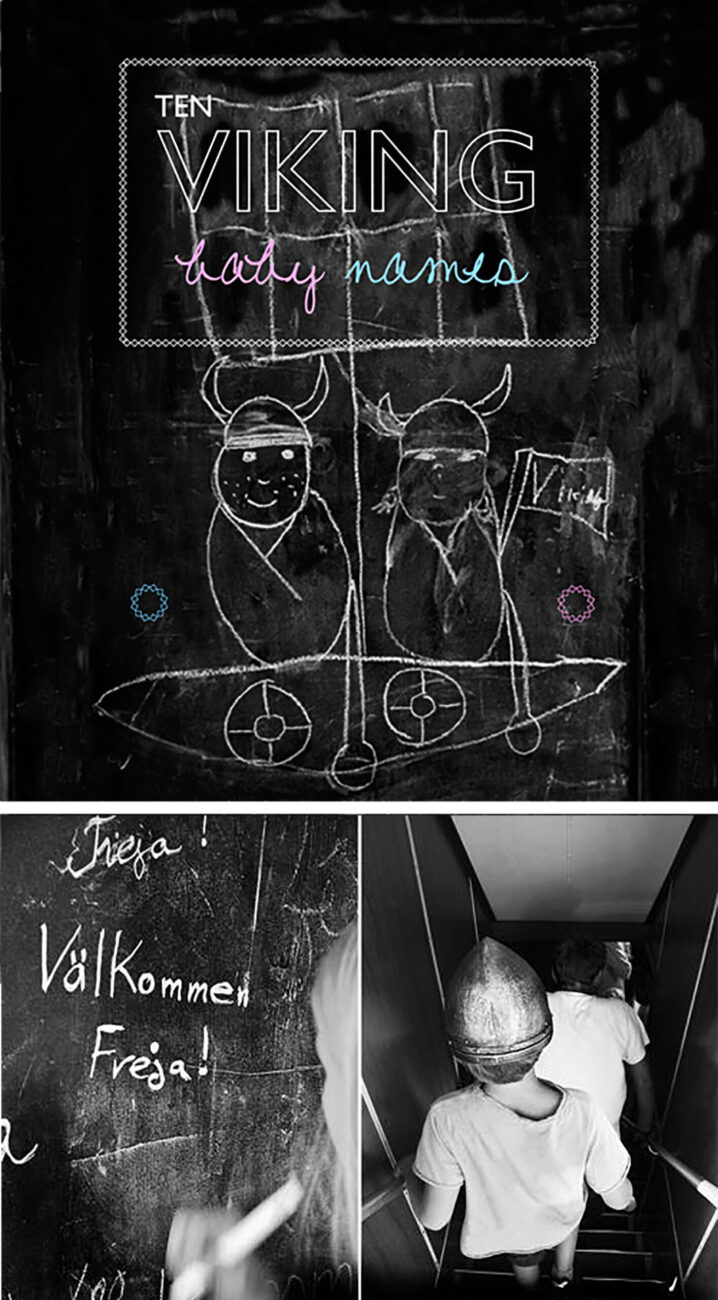 After recently visiting Birka, a preserved nearby Swedish Viking community dating back to the 700’s, it had me thinking about Viking/Old Norse names and people we know with these names. For you, today, I gathered a list of 10 Viking/Old Norse names that are common. We’ve had at least one or more of each of these names on class lists, in activities or in our acquaintance.  (No, this is not an announcement though! No, new names needed in our household. Not even for a fish.) Happy Naming!

Astrid: This popular name means “divine beauty.” It is most popular in Scandinavian languages. It’s most famous bearer being Astrid Lindgren, a Swedish author and creator of Pippi Longstocking.

Freya: The goddess of love and beauty, also spelled Freyja and Freja. The kids have all had a Freya in their classroom or activity roll call. It’s been popular recently in England, but remains rare in the US.

Inger or Ingrid (a variation) means “beautiful goddess” in Old Norse. In Norse mythology, Ing was another name of Freyr, and important god of farming, weather and fertility.

Saga: A goddess often depicted drinking with Odin, she’s the source of the word saga – and could join Story on the playground.

Bjorn:  Old Norse and is derived from the word for bear.

Eric:  In Old Norse, it is a variant of the names ‘Eirikr and Eyrekr’. These names are made up of two parts, ‘ei’, meaning ‘always’ and ‘einn’, meaning ‘only’. ‘Eric’ means that ‘he will always be a king’.

Gunnar: This is derived from the old Norse words that mean war and warrior.

Odd: Old Norse for a sharp end of an arrow or edge of blade. Odd is the 11th most common male name in Norway.

Vidar: Norse God Odin’s son, who was the god of revenge.