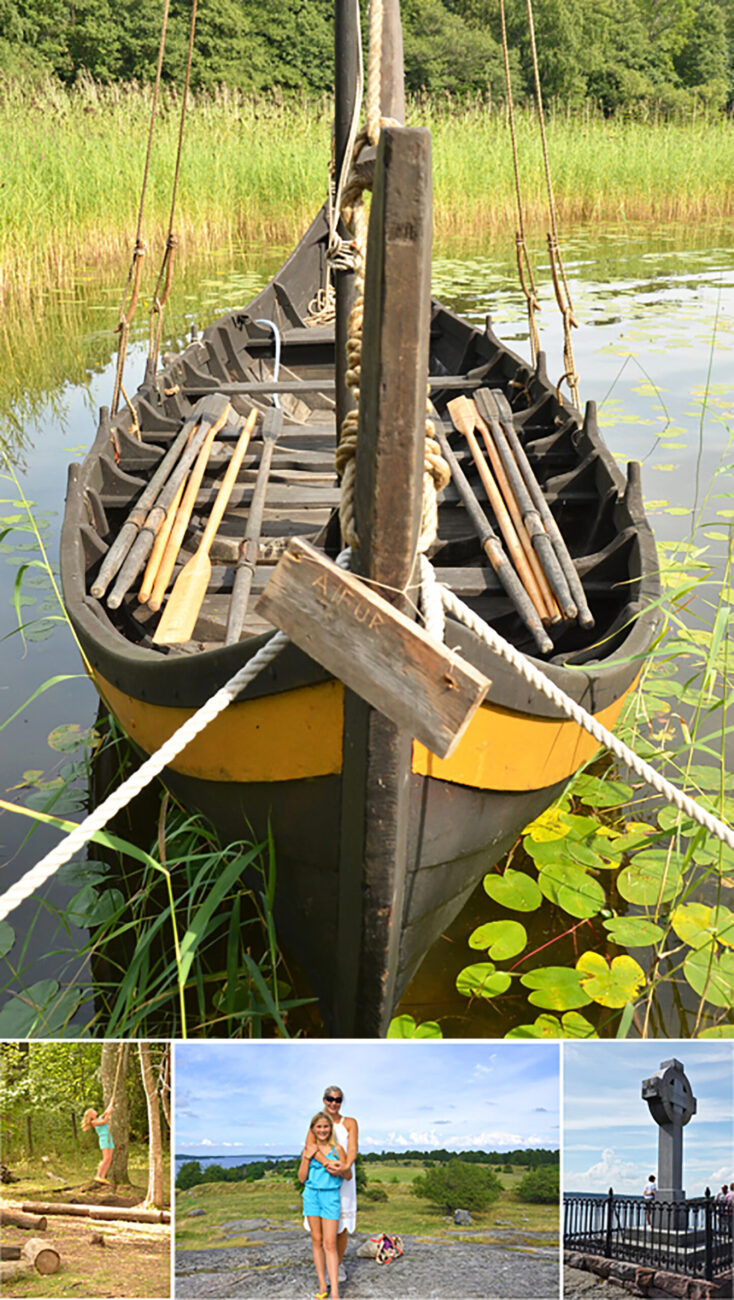 When traveling to Swedish, Vikings often come to mind for many visitors.I highly recommend, getting on a boat from Stockholm to visit theViking city of Birka   Birka, is a destination to add to Stockholm Summer visits.  The last ship sails at the end of summer,  to “Birka on the island of Bjorka” the former Viking Capital in Sweden until next Summer. This Viking city island of Birka, is just outside of Stockholm and we visited recently. It was so much fun! The boat ride out is pretty and island vistas are beautiful.

If you travel to Stockholm and have kids with Viking interest: I recommend the Viking city of Birka

For more photos and island detail, click on “Read More” below to continue…

This Viking boat is re-contructed and is always docked on Birka but, there are passenger ferries coming from several destinations (boat information, click here) from Stockholm and area. We took the shortest traveling ferry from the nearby island called Adelso, which was formerly the island to the Viking Kings with Viking graveyards and castle foundation overlooking the sea nearyby the pier where one meets the boat to Viking city of Birka 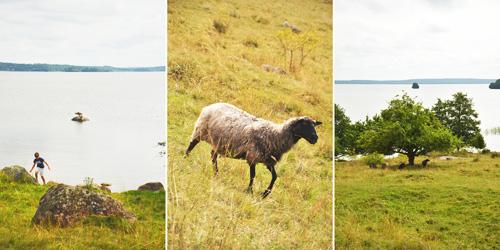 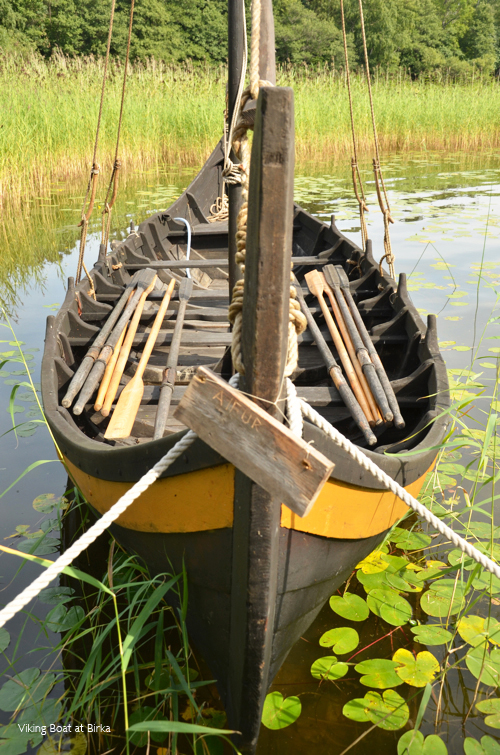 (Adelso voyagers beware: this ferry hub is more adventure friendly than the city take off. The unmarked, meandering path led through through a pasture, apple orchard and Viking castle ruins … complete with charging sheep. Tread lightly.)

On the island there’s a Viking Museum, Cafe with Viking interior elements, guided island tours, interesting areas for kids like the labyrinth above and a recreated village where one can bake bread and buy Viking handcrafts. If you time it right, there are special seasonal Viking events, entertainment and I’ve even heard about Viking toy Sword Making! Check the website before going. There’s even a viking week every summer.  There is plenty of hands on experience for the kids. 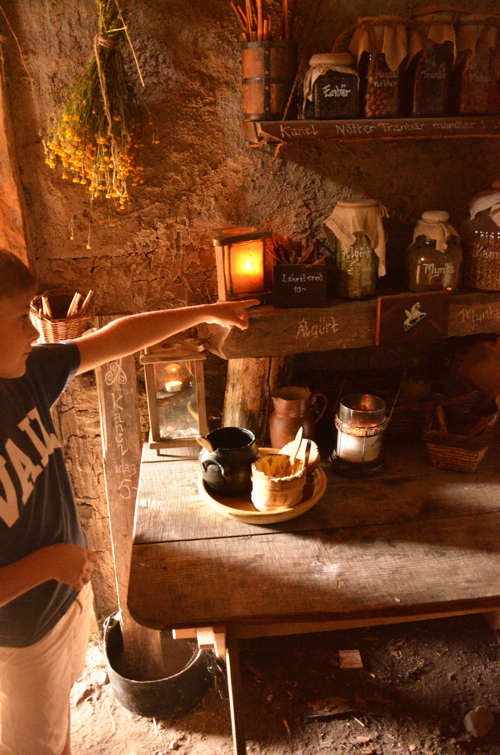 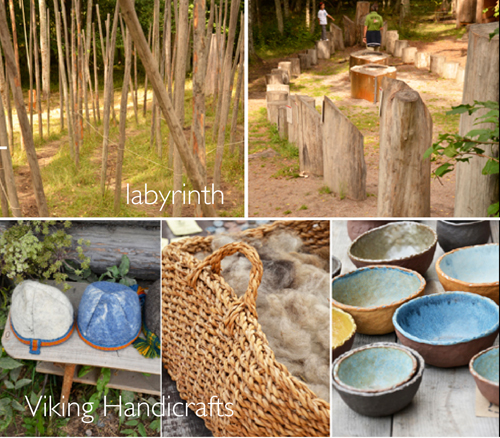 The boat ride was short. The cafe was the first thing one finds when stepping ashore. It had traditional Swedish food: meatballs and lingonberries, Shrimp from the Swedish west coast, cinnamon buns (called Bulle) …  The tables were set with interesting Viking styled iron work. We had enough time to find the beach, join the tour, meander paths on our own, discover the re-created Viking village complete with boat. The kids even made their own bread and grilled it on a traditional Viking open fire.  They all want to build a set up like this at home, too! By the time the last ferry was ready to return to Adelso (and town) we had had a wonderful day.

The only element missing from our excursion was a little spot we like to visit on Adelso to buy organic veggies that was under going a renovation. Although we missed those fresh goods for our dinner, we are glad to know that it’s a destination we can put on our map again next year. If you go to Adelso in the future, watch for this Farmer’s sign on the left hand side of the road, as you head from the ferry to the church. We have a personal history with Adelso… so many nice memories there and I guess, I’m now realizing, a reason to return to share it with you.

Happy week, readers! I realized that it’s been a while since I’ve share a slice of Swedish life. Do you take the time to discover new areas where you live? So much exploring to do. If even there were some shuffling feet before we left, this was a destination we all so enjoyed! Wishing you a week of sunny exploration, too!
Something you might like:
Ulriksdal
Artipelag
Oscarsteatern
Nickelviken
Kid’s Stockholm: What to do with Kids in Stockholm
Viking Baby Names (not pictured below)